A daddy long-legs spider (Smeringopus floridbad) in a house in Bloemfontein with its prey, a juvenile Cape Gecko (Pachydactylus capensis). (Photo: Nicolette Josling)

Michael Bates of the Herpetology Department and co-author Nicolette Josling recently published an article in  African Journal of Ecology (DOI:10.1111/aje.12835) documenting a remarkable case of a daddy long-legs spider (Smeringopus florisbad) that had captured a juvenile Cape Gecko (Pachydactylus capensis) in its web. It occurred in a house in Bloemfontein and the spider spent 2-3 days feeding on the captured lizard. The prey of these spiders is caught in the web and then bitten to envenomate it. This causes the prey to become paralysed and eventually die. The venom causes the prey’s tissue to liquidise, and the remains are sucked up through the spider’s mouth. This is the first record of a spider of the family Pholcidae preying on a reptile in South Africa, and the first record of a Cape Gecko falling prey to a spider. 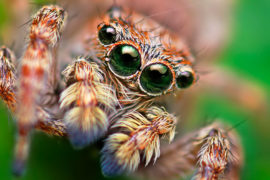 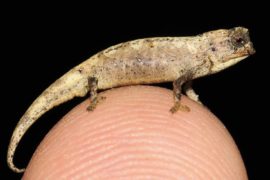 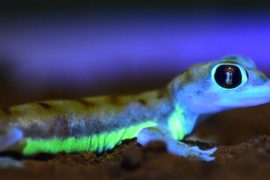