The Collections department is commemorating Women’s Month with a virtual exhibition. The exhibition is entitled “Walking a mile in her shoes” and will showcase four pairs of shoes from the collections of the National Museum.

The shoes belonged to women who broke boundaries in their respective fields namely Gladys Steyn, Blanca Borckenhagen, Amanda Coetzer and Caroline Fichardt. Look out for these stories during Women’s Month. 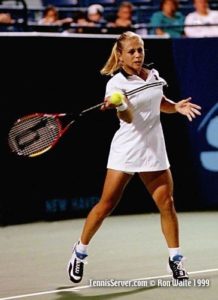 Amanda Coetzer, born in Hoopstad on 22 October 1971, is a famous South African tennis player. She made her professional debut at the age of 17 and took the country by surprise when she won her first top-level singles title in Melbourne (Australia) in 1993. 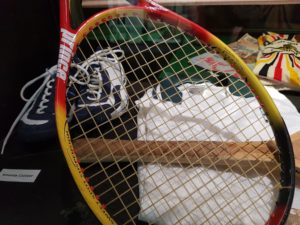 She soon earned a reputation for regularly beating players who were higher-ranked than her. In 1999, Amanda beat Martina Hingis, Lindsay Davenport, and Steffi Graf while they held world No. 1 rankings; a mammoth achievement in the professional tennis world. 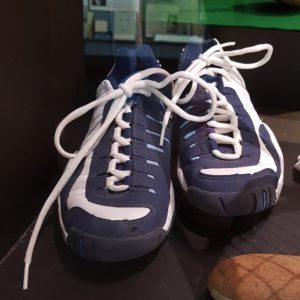 It should, therefore, come as no surprise to learn that by virtue of her scoring so many upset wins in spite of her five-foot-two (1.58m) stature, Amanda Coetzer soon gained the nickname ‘The Little Assassin.’ She was a fireball on the court and successfully finished in the Top 20 Women’s World rankings for ten consecutive seasons (1992-2001), winning a total of nine top-level single titles as well as nine double titles. 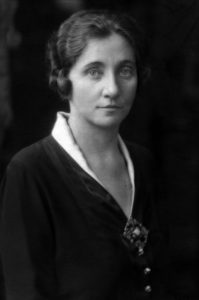 Gladys Evelina Steyn, daughter of President M.T. Steyn, was born in Bloemfontein on 12 December 1890.  After spending a few years in Europe, she returned to Bloemfontein where she matriculated at the Secondary School for Girls, Oranje.

In 1924 she qualified as an advocate in London and returned to Bloemfontein where she started a law practice. She was only the second South African woman to obtain a law degree (LLB) and the first woman to practice as an advocate in the Free State.  She also entered the political arena and was the first woman to serve in the Free State Provincial Council (1933). 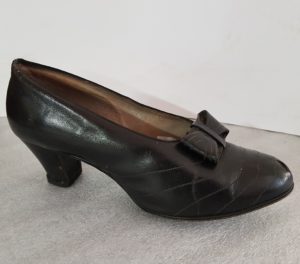 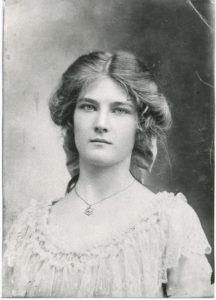 Blanca was born in Bloemfontein in 1887. She was the daughter of the well-known German businessman and editor of De Express newspaper, Carl Borckenhagen. Blanca was the first Bloemfontein lady to get behind the steering wheel of a motor car (1910) and the first bride that opted to make use of an automobile as her wedding car (1911).

This caused quite a stir since people believed “that a bride would be blown about”. Her beauty was legendary in Bloemfontein and Blanca represented the Free State in a national beauty pageant that was held in Cape Town in 1910.

“Walking a mile in her shoes” – A virtual exhibition 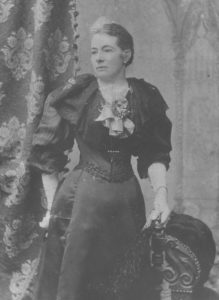 Caroline Fichardt (nee Beck) was born in September 1843 in Grahamstown (today Makhanda) in the Eastern Cape. In 1868 she married Gustav Adolf Fichardt a well known Bloemfontein business man. Six children were born from the marriage, including Ella, later known as Mrs Fischer.

With the British occupation of Bloemfontein during the Anglo-Boer War (1899-1902), it was Caroline Fichardt who became the voice of Bloemfontein’s Republican (sic) residents and expressed her outrage at the arrogance of the British troops. She also invited Emily Hobhouse, well-known British welfare campaigner, to stay at Kaya Lami, the Fichardt’s home, on Emily’s arrival in Bloemfontein in January 1901. 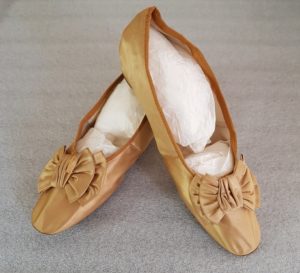 Many years later, Caroline’s grandson, Bram Fischer, would follow in his grandmother’s footsteps and speak out against an unjust world when he led the legal defence of anti-apartheid activists, including Nelson Mandela, at the Rivonia Trial (1963-1964). 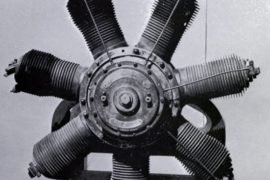 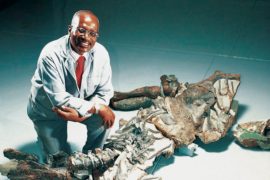 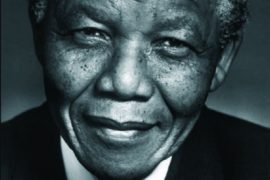