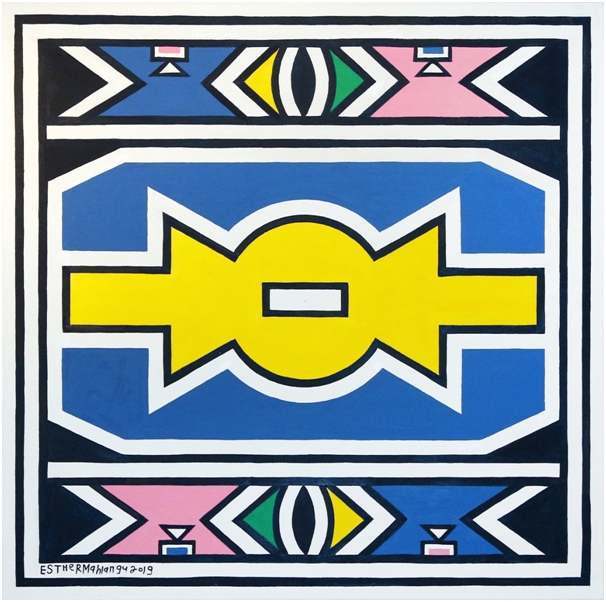 The iconic Dr Esther Mahlangu is a South African artist from the Ndebele nation. She is known for her bold large-scale contemporary paintings that reference her Ndebele heritage. Dr Esther Mahlangu was conferred with an honorary doctorate (Philosophiae Doctor Honoris causa) by the University of Johannesburg, on 9 April 2018. Esther became the first artist to transfer the traditional modern abstract Ndebele designs that would typically decorate murals to canvases. This gave her the ability to accept invitations to participate in many more exhibitions throughout the world. Her artworks grace numerous important private and public collections both locally and internationally.

Esther is passionate about conserving and promoting her Ndebele culture and is considered by many to be a South African national treasure. She has been awarded numerous awards for her contribution to the visual arts and heritage including the highest award from the President of South Africa. She is a symbol of perseverance of cultural heritage and beliefs in her art and craft for many decades. She is a teacher and narrator of the Ndebele culture. Ndebele Abstract (2019) is a strong, powerful work that leaves the viewer in admiration of the perfection of her skill. As Esther said:

“When looking at a Ndebele painting or murals, people get a smile of amazement on their faces. When they watch me paint, they can’t believe that I don’t use a ruler to paint the lines, and that mu hand is steady. If people see bright colours, they are happy, And it make me happy as well, as I love to paint- it is in my heart and in my blood!” Esther Mahlangu (Art Africa 2019). 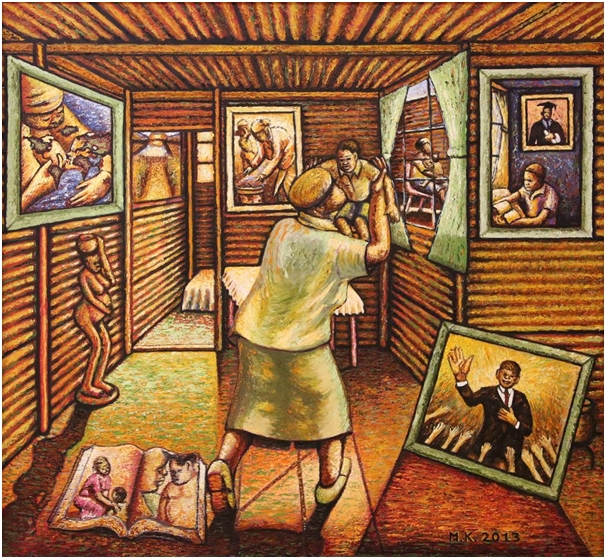 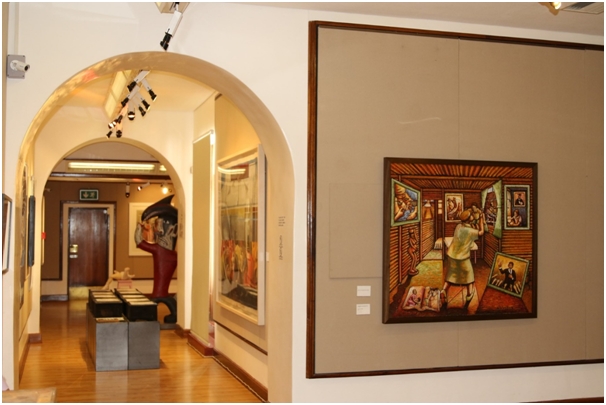 Klas was born in 1960 on a farm in the Soutpan area outside Bloemfontein.  He received his schooling at the local Rietspruit Farm School and left school after completing Grade 4 to work on the mines. He however returned to Thaba ‘Nchu to complete Grade 12 at the Goronyane High School.  Since early childhood, Klas enjoyed drawing and painting and felt a strong need to express visually that which he saw and experienced.  While working on the mines, he would often draw and during a months’ vacation to Thaba ‘Nchu in 1995, he attended a short course in art at the Mmabana Art Centre. Realising that this was his passion he left the mines to start practicing art full-time. From 1997 to 1998 he worked as Assistant Tutor at the Mmabana Art Centre. Today he has participated in a number of reputable group exhibitions and his work is represented in several noteworthy collections: University of the Free State Galleries, ArtbankSA and now Oliewenhuis Art Museum.

Klas draws his subject matter from daily life in the townships and often uses social issues as themes: “I am a socialist- realist artist who strived to document communities and the challenges they face.” It is also very important to him that his paintings create dialogue to bring people together and build a better place: “I realized over the years that the subject matter I work with excites people who live in the townships and villages and makes them talk to each other about what they see in the paintings or artworks. This is very important as usually communities are not empowered to reflect on their own situations, especially with regards to social cohesion, and to think out their own solutions. I want this process of engagement through the visual arts to make them realise what it is they can do and how they can do this”.

Beloved Mother (2013) is an emblematic work of this gifted artist. His unique application of oil paint on canvas is fascinating and his subject matter is universal, yet specific to his surroundings. Beloved Mother visually speaks to the viewer as the artist captured a series of different mothers, each performing a vital role in society: nurturing, teaching, loving and the key role player in a household. 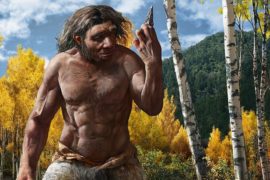 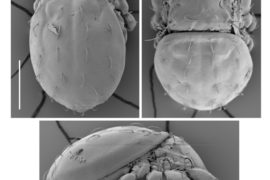