While most people do their utmost to avoid flies, we as entomologists, and particularly specialists called dipterists, actively seek them out as part of our jobs. As fly taxonomists, it is our passion to collect, classify, and if we find new species, describe them.

Dipterists in South Africa have mostly focussed on the Afrotropical Region/Realm, which is essentially the whole of sub-Saharan Africa, parts of the Arabian Peninsula, southern Iran and southwestern Pakistan, as well as various islands of the western Indian Ocean including Madagascar. At the National Museum, the focus is slowly shifting back towards South Africa, as there are massive gaps in our local knowledge of flies, especially for the Northern Cape and the Free State.

Depending on the research question we are trying to answer, we might go to previously visited localities for fresh material (typically used for genetic/molecular work) or previously under-sampled areas hoping to extend the Museum’s holdings. The specimens (and associated distribution data) housed in South African museum collections, such as the National Museum’s, are important reference sources for scientists worldwide, and also an important source of undescribed specimens, potentially new to science.

After going through the necessary steps to apply for and eventually receive a collecting permit, we travel to typically natural habitats, mostly in protected areas such as nature reserves. Upon arrival we have to scout the area for suitable sites to set up our traps (Fig. 1).

Malaise traps are tent-like structures, erected in such a way as to intersect the flight paths of insects. The traps range in size from small 1.8 m (Townes 1972) (Fig. 2) to large 6 m (Gressitt & Gressitt 1962) (Fig. 3) Malaise traps. Insects and especially flies tend to fly up when they hit the trap, where they move towards the trap heads, that are filled with poison, typically potassium cyanide, or ethanol that quickly kills the insects.

Another, more target-specific method is the use of sweep nets. The nets are attached to a type of broom handle, or even a telescopic pole, and either swept through vegetation to collect any resting insects (Fig.4), or used to actively hunt an insect, attempting to collect a specimen in flight.

The flies are then collected into a killing jar or bottle, or sucked up into a device called an aspirator (Fig. 5). The collected insects are euthanized by freezing or with a little ethyl acetate.

An alternative method is to use pan traps, which come in various colours, typically yellow, white or blue. These are filled with propylene glycol, or even soapy water. The soap breaks the surface tension of the water and captures the specimens in the fluid.

Dry collected specimens are then pinned in the field, using various size pins (Fig. 5) depending on how large the specimens are. It is important to dry pinned specimens as quickly as possible whilst in the field, as this increases their usability for molecular work. Moisture quickly destroys DNA. The specimens are further processed and labelled upon return to the Museum, where the physical specimen and its associated data are preserved as part of our natural heritage, and can be used by other scientists as a resource.

Burgert is a Senior Museum Scientist in the Department Terrestrial Invertebrates. His research interests are systematics, taxonomy, phylogeny and biogeography of true flies (Diptera), with special emphasis on Muscidae and Athericidae. He is also interested in Cybertaxonomy and literature mark-up, as well as Collections data quality assessment and use, which includes georeferencing, ecological niche modelling and collections information management. In 2014 Burgert obtained his Master’s degree for a thesis titled: Systematics of the shoot fly subgenus Atherigona s. str. (diptera: muscidae) of South Africa. 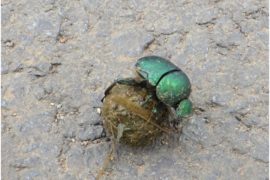 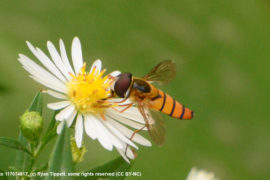 Finding Cohesion in the Cacophony