In the current era of the internet, social media and online databases together with the development of digital photography, more and more new species and new regional records are discovered by the general public. Plant and animal enthusiasts and photographers are increasingly posting images on platforms such as Flickr, Instagram, iNaturalist, Facebook and Twitter. These citizen scientists don’t even know that they are dealing with new species to science until experts see these images online, followed by examination of the actual specimen. Here we provide some examples of how images posted on social media eventually lead to new species discovery.

The first new species described with the help of Flickr was a lacewing (Semachrysa jade Winterton, Guek & Brooks, 2012 – Figure 1) from a Malaysian forest. It was discovered by a photographer who uploaded the images and asked for identification and comments. A lacewing expert saw the pictures, and in collaboration with other experts determined it to be a new species. Since a new species cannot be described from just a photo, the photographer went back to that location and managed to collect a single specimen which the taxonomists could study.

A new predatory hunter fly (Chvalaea yolkamini Jaume-Schinkel, Soares & Barros, 2020 – Figure 2) from Mexico was discovered after images were posted on Instagram by a postgraduate entomology student. The images caught the attention of experts because it was the first record of the genus from Mexico, and possibly a new species. More specimens were sampled from the locality and experts described the new species.

Many of us scroll through Facebook every day, so it can also be a very good platform to post photos of animals and plants. In fact, photos of a large sundew, a carnivorous plant (Drosera magnifica Rivadavia & Gonella, 2015 – Figure 3), which grows in herbaceous and shrubby vegetation in southeastern Brazil, was posted on Facebook where experts saw them and contacted the amateur botanist for more information and the location. They then undertook a fieldtrip to collect specimens and described this species. This particular sundew grows up to 1.5 meters and is covered with sticky leaves that  catch insects. The species is classified as critically endangered as it occurs only on one mountaintop where it is locally abundant, but restricted to a fragile and isolated habitat surrounded by cattle ranches and plantations.

The first species discovered via Twitter was a parasitic fungus  (Troglomyces twitteri, Santamaria, Enghoff & Reboleira, 2020 – Figure 4) spotted on an American millipede. Fungi of this order are associated with insects and other arthropods such as mites and millipedes.  Experts on these fungi saw the photo and after examining American millipedes from the extensive museum collections in Denmark and France, found the same fungus on American millipedes.  As can be seen, they even named the species after Twitter!

Very recently a new myrmecophilous scarab species (Figure 5A) was described, based on iSpot/iNaturalist observations posted in 2006 by an enthusiastic insect photographer. The posting  referred to a strange female dung beetle, Haroldius, a single  specimen of which was  collected under a stone in an open field in the nest of “Timid ants” (Monomorium albopilosum Emery, 1895 – Figure 5B) in Springs, Gauteng, South Africa. Researchers later found an additional male specimen of Haroldius at Ditsong Museums of Natural History, South Africa. These two specimens of Haroldius led to the description of the fifth species for the genus, of which only two are known from South Africa, as follows: Haroldius lyleae, Daniel, Strümpher  & Snäll, 2021 and Haroldius convexus (Philips & Scholtz, 2000) (Figure 6). Interestingly, the latter species was only known from Pretoria, Gauteng, but the recent paper on Haroldius added two more provincial records, North West and KwaZulu-Natal Provinces.  These new distributional records were identified through iSpot/iNaturalist and Twitter observations, respectively. 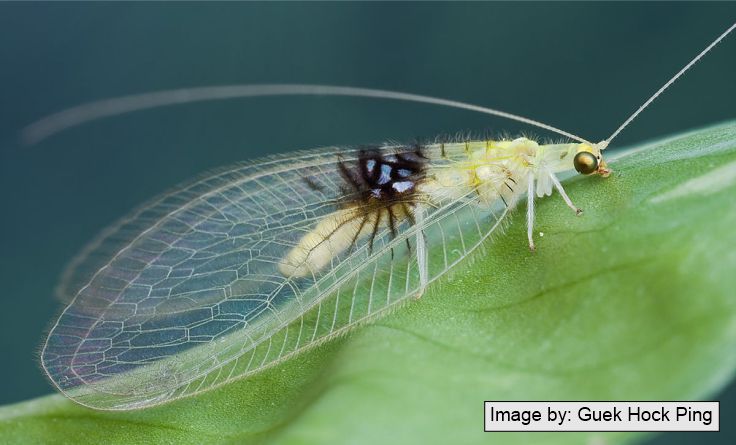 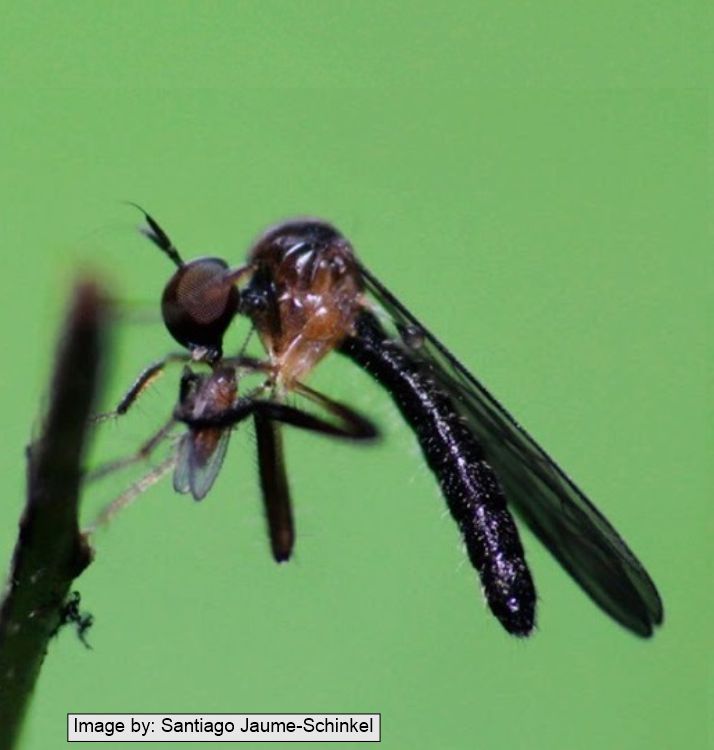 Figure 2. Original photo of the predatory fly, Chvalaea yolkamini, by Santiago Jaume-Schinkel and posted on Instagram. 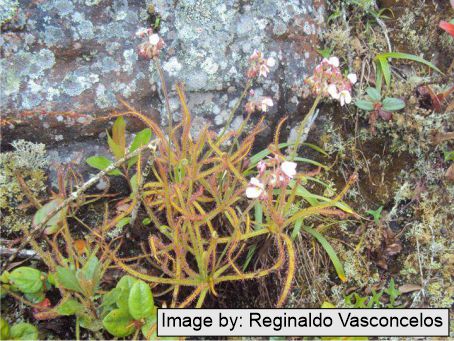 Figure 3. Original photo of the sundew, Drosera magnifica, by Reginaldo Vasconcela, and posted on Facebook. 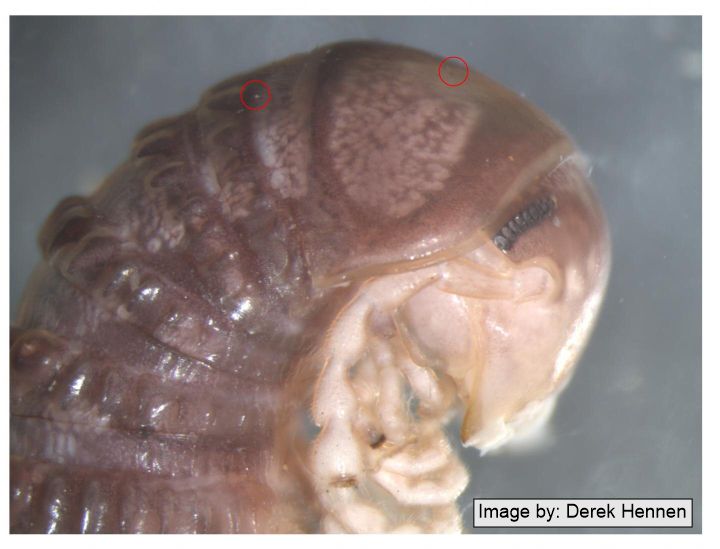 Figure 4. Original photo of an American millipede, with the fungus species, Troglomyces twitteri, by Derek Hennen and posted on Twitter. The fungi are indicated by red circles. 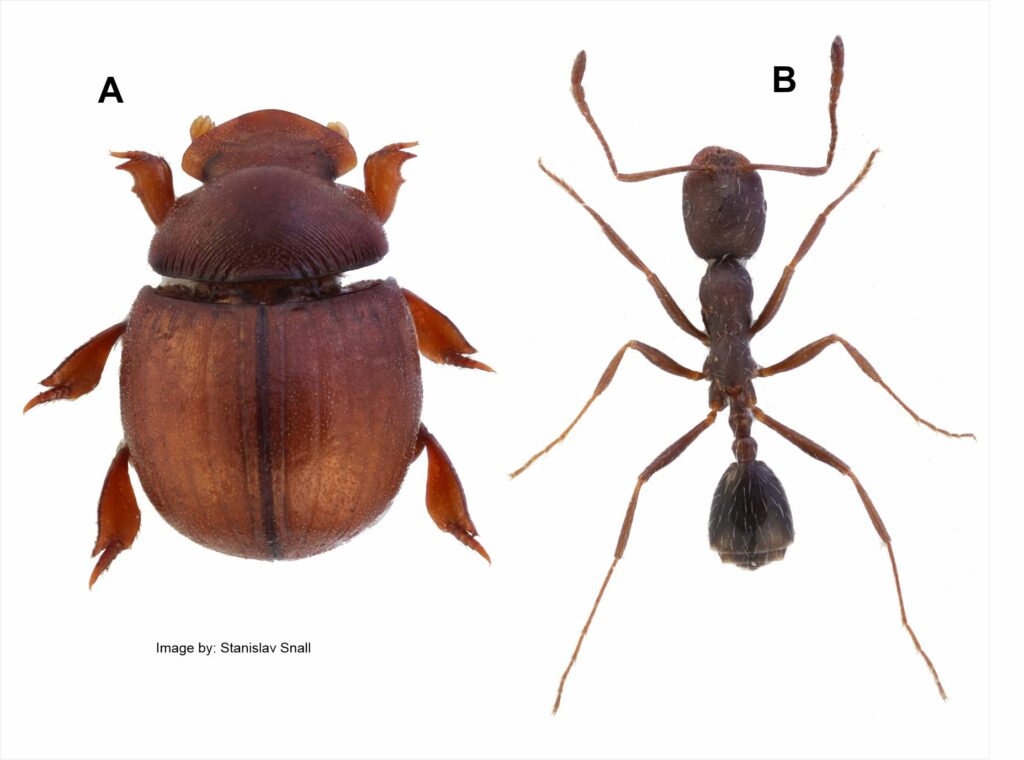 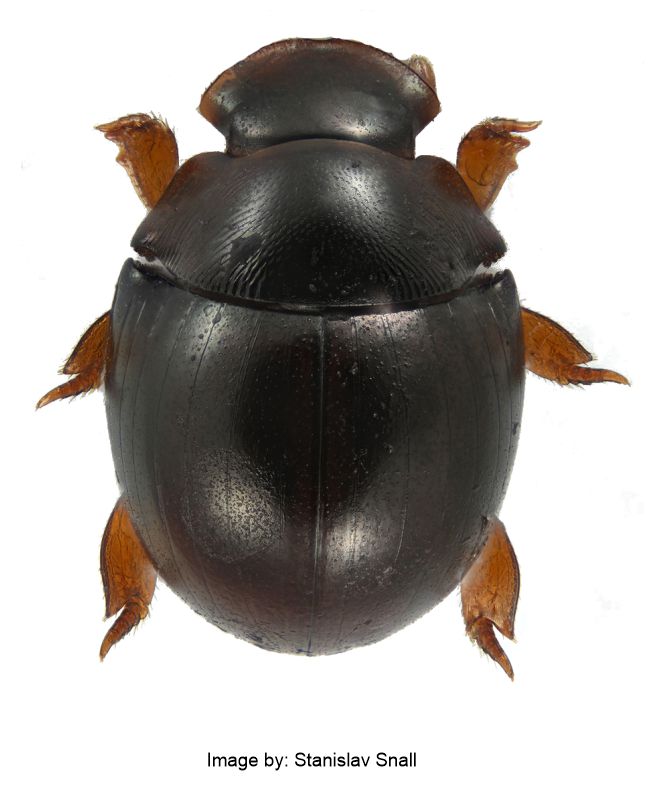