The next time you are exploring rock pools at the beach, look closely, for among the flashy and larger animals such as sea anemones, mussels, crabs, sea stars and snails, you may see very numerous tiny mites crawling around, ranging from white to bright red in colour.

The area of the shore that is submerged with sea water at high tide, and open at low tide, is called the intertidal zone.  This zone can be physically stressful for the animals inhabiting it because of the dehydration risk, temperature extremes, light intensity and salinity fluctuations.  Animals living here have to be specially adapted for this kind of environment, and mites are no exception.  Mites in this zone can be either true water mites, which may also occur in the open water, or terrestrial mites that are specially adapted for submersion in water at high tide but would not be able to survive in open water.

Why are these mites not washed away during high tide when they are submerged in sea water? Some mites synchronise their feeding and moving with the tides and become less active when submerged.  Since mites crawl or climb about, they may escape above the water line during high tide to prevent dislodgment by the waves.  For the same reason they also creep into rock crevices, barnacle colonies or algae mats, or form groups.  Floating and buoyancy are achieved by trapping air in their gut or between their hairs.  This prevents them from sinking when dislodged from the rocks, and they can then eventually reach the safety of the shore.

Some mites can survive for very long periods under water.  But how do they breathe under water?  The respiratory system of most mites consists of a branched tracheal system with small round openings to the outside.  Because mites are so small (between 0.3 – 8 mm), they have very small respiratory openings, and the surface tension at these openings prevents water entering the tracheal system.  Mites may also trap a film of air around their respiratory openings by means of specialised hair or folds on the body surface called a plastron.

Mites in the intertidal zone are either detritus feeders or carnivorous.  Detritus feeders feed on algae, decaying plants, kelp, fungi and cyanobacteria.  Carnivorous mites eat the eggs and young of insects or other mites, as well as adults of small crustaceans.  These mites inject digestive juices into their prey through a hole made in the prey’s body.  Once the insides are digested, the liquefied food is sucked through the hole.  The legs and mouthparts of these mites are specialised to take a firm grip on their prey so that it cannot be lost in the watery environment.

Methods of reproduction in mites are fairly diverse.  Males of true water mites transfer sperm directly to females.  The terrestrial mites of the intertidal zone, however, use indirect sperm transfer.  The male randomly deposits spermatophores, singly or in groups.  A spermatophore consists of a sperm droplet at the tip of a stalk that is attached to the substrate.  When a female encounters a spermatophore, she takes it up into her genital opening.  The sperm droplet is wrapped in watertight layers that also attract water.  However, there are no special adaptations in the spermatophore for it to survive the salty environment, and often the droplet bursts when flooded by sea water.  Therefore, the female has to encounter the spermatophore quickly before it is flooded, and probably finds it by smell.  After she has taken up the sperm, fertilisation takes place.  Mostly eggs are laid, although some mites produce live offspring.  Eggs are laid singly or in groups in enclosed spaces such as crevices or in algae mats.  A larva hatches from the egg and after a few moults, which occur mostly at low tide in enclosed spaces, the adult emerges.

So, the next time you explore the rocky shores of the ocean and see the very small eight-legged mites crawling around, just consider all the adaptations packed into these small creatures to enable them to live at the beach. 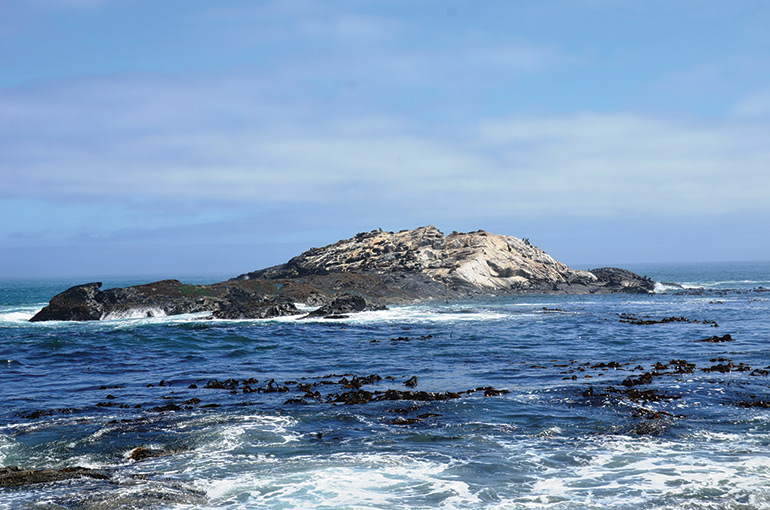 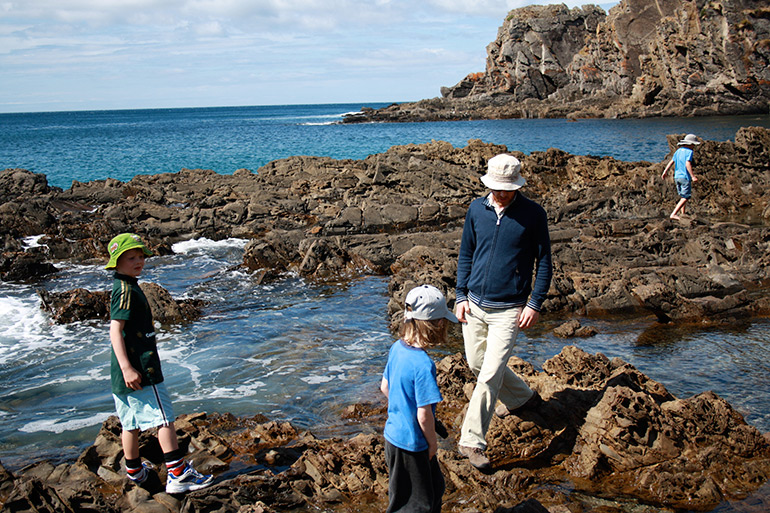 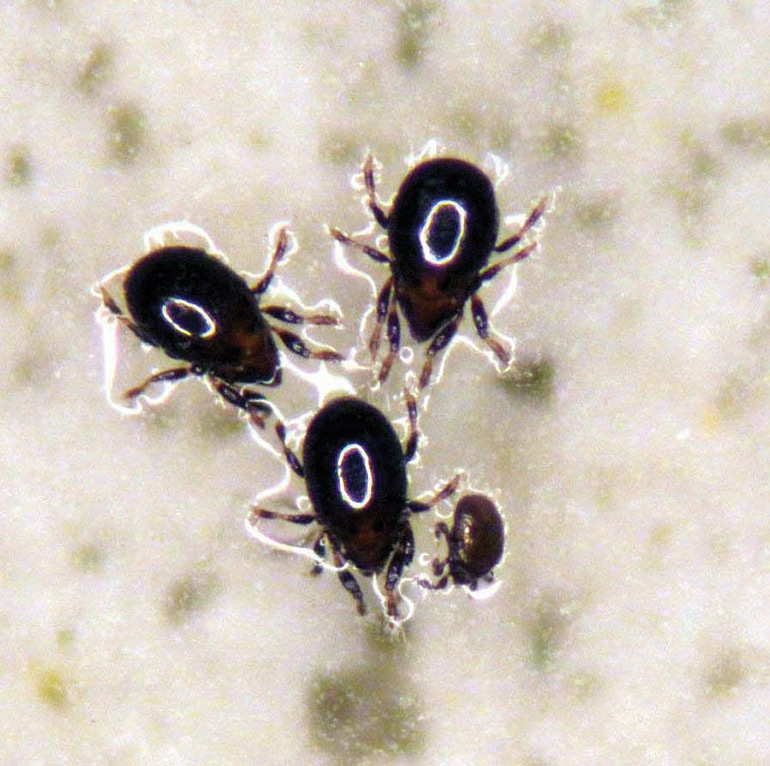 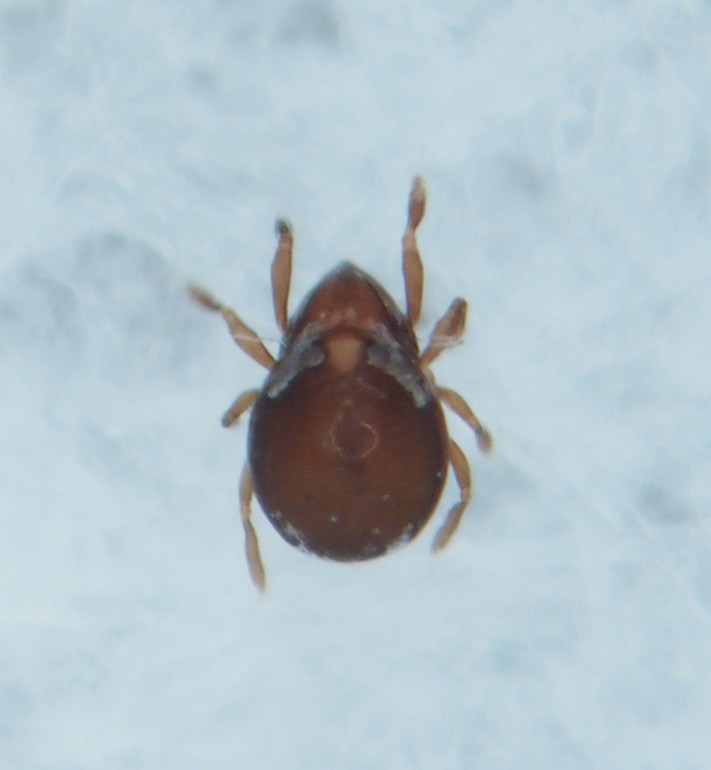 Mite with plastron; the trapped air can be seen as a silvery gleam (Photo: Tobias Pfingstl)