People living in different areas of the world are adapted to different temperatures. Think for example, people of Iceland will have a hard time living in Mali in the Sahara desert and vice versa. Even in South Africa, if you grew up at the cold west coast it was really uncomfortable to visit Natal for the holidays in December with the high temperatures and humidity.

In a recent study, it was discovered that intertidal oribatid mites also have temperature preferences (see Pfingstl et al. 2021). The area of the shore that is submerged  at high tide, and exposed at low tide, is called the intertidal zone (Fig. 1). Oribatid mites live on rocky shores and mostly crawl or climb around, creep into crevices in rocks, barnacle colonies or algae mats and might escape to above the water line during high tide. They are detritus feeders, feeding on algae, decaying plants, fungi and seaweed.

Along the South African coast, there are three oribatid mite families (four species), namely Podacaridae (Halozetes capensis), Fortuyniidae (Fortuynia elamellata micromorpha) and Selenoribatidae (Schusteria ugraseni and Selenoribates divergens) (Fig. 2). From the many global studies on intertidal oribatid mites, it is clear that Podacaridae mainly occur in cold-temperate regions such as southern polar regions, while Fortuyniidae and Selenoribatidae are found on subtropical and tropical shores. Globally, there are no overlaps of the cold- and warm- adapted species, but on the South African coast, although there is no overlap, cold=adapted and warm-adapted species do occur very closely together.

The coastal climate of South Africa is strongly influenced by the cold Benguela Current slowly drifting northwards on the west coast and the warm, rapidly southward-moving  Agulhas Current on the east coast (Fig. 3). Due to the influence of these currents on the coastal climate, the South African coast has been divided into four ecoregions (Fig. 4), namely the Southern Benguela Ecoregion (along the cold west coast), the Agulhas Ecoregion (warmer south coast), the Natal Ecoregion (warm subtropical east coast), and the Delagoa Ecoregion (tropical east coast) from St Lucia northwards as far as Mozambique. The terrestrial climate has also been divided into regions, namely the Cold desert, Cold semi-arid, Mediterranean, Oceanic, Hot semi-arid and Humid subtropical (Fig. 4). However, coastal ecoregions and associated sea water temperatures explain the geographic distribution of mites better than the terrestrial regions.

The study found that intertidal mites were absent from the cold Southern Benguela Ecoregion on the west coast (mean annual sea surface temperature (SST) below 16 °C). The Podacaridae occurred in the Agulhas Ecoregion  from Kommetjie (near Cape Point, where the Benguela and Agulhas ecoregions meet) along the southern coast up to Kayser’s Beach, 37 km south of East London (mean annual SST 17.8-22.7°C). Selenoribatidae (Schusteria ugraseni) was found from Winterstrand 14 km south of East London up to Durban, and Fortuyniidae from Port St John’s to Durban (mean annual SST 22.7-23.9°C) both within the Natal Ecoregion. Selenoribates divergens was the only species sampled in the Delagoa Ecoregion at St Lucia (mean annual SST 24.4°C).   A mean annual SST of approximately 22°C apparently represents the climatic border of distributions, with the Podacaridae occurring below this temperature and the other two families occurring above this temperature.  The gap between Kayser’s beach and Winterstrand is the suggested border of the Agulhas and Natal ecoregions (near East London). The occurrence of a different species at St Lucia might indicate the transition to more tropical mite fauna in the Delagoa Ecoregion.

The climate of South Africa is changing, with certain regions showing significant warming and rising sea levels. How will these changes affect the intertidal mites which are so dependent on temperatures and habitat availability?  Increasing temperatures may alter the geographic occurrences of mites, with the warm-adapted Fortuyniidae and Selenoribatidae expanding their ranges southward and the reduction of Podacaridae populations to a few southwestern coastal areas. Increasing sea levels will not have a very large effect on mites, as they can easily move to higher areas, except in cases where rocky shores are bounded by sandy beaches, resulting in loss of habitat and extinction of those local populations. This is the gloomy future of animals facing climate change: people can adjust their environment (switch on air-conditioning or heaters), but animals have to adapt to their environment or die. 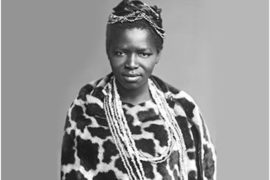 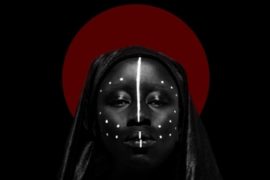