The focal point of this year’s International Women’s day campaign under the theme #EachforEqual is to accentuate the importance of equality. “An equal world is an enabled world. We can actively choose to challenge stereotypes, fight bias, broaden perceptions, improve situations and celebrate women’s achievements. Collectively, each one of us can help create a gender-equal world”. International Women’s Day (IWD) (8 March) has occurred for well over a century, with the first IWD gathering in 1911 supported by over a million people.

It is empowering to know that so many women across the globe are working extremely hard to liberate women and women’s rights. Unfortunately, tragic violent events happen daily in South Africa to women and children. Remaining enormous societal problems are situated within gender violence, inequality and the dominant patriarchal culture we are living in.A recent shocking tragic event sparked conversations surrounding female violence once more when thousands of women marched the streets of Johannesburg and Cape Town, in September 2019.These protestors were fighting against gender violence and justice for the young University of Cape Town student, Uyinene Mrwetyana, who was raped and murdered by a local Post Office worker, Luyanda Botha, on 24 August 2019. Tragic events like this are just a reminder that the fight for female liberation and gender equality is an ongoing battle.  Women are furious. They are speaking out and standing up,and so do female contemporary artists.

Thandiwe Msebenzi, Nomusa Mtshali, and Kimathi Mafafo, South African female artists, are addressing a variety of these contemporary themes through different visual languages and were selected as representatives of our contribution to the #EachforEqualcampaign.

Their work, recently acquired by the Art Bank of South Africa, is on view at the Becoming:  what is & what is not – New Acquisitions of the Art Bank of South Africa exhibition at Oliewenhuis Art Museum from 20 February 2020. Their visual language encompasses delicate embroideries, photographs, and mixed media on paper. They address bold themes such as queer and gender theories, gender as a performative act, sexual harassment, rape culture, and some are actively part of the #metoo movement.

The delicate embroidered work of Kimathi Mafafo, Voiceless VIII, is deceivingly ‘pretty’. At first glance the viewer is mesmerised by the meticulously faint stitches, depicting a female figure situated in a dream-like environment, a forest. The work is delicate and incredibly powerful.

The angelic figure in the artwork is woven into her surroundings by a veil or halo that seems to protect or enfold her. The woman, wrapped in a traditional blanket is sitting, kneeling, or perhaps praying. The detail on the traditional blanket, the repetitive design of corn or the ‘mealie’ has a dual meaning. It refers to both fertility and wealth. This contrast in detail is separating the foreground from the background. Unexpectedly the female figure is the focal point but still woven into a contradictory wallpaper-like background.  The artist confirms that “these embroideries tell dark stories of women who are trapped under the weight of tradition, living in a dark space and not realising that the world is beautiful. My work shows that she only has to leave, then she will realise that there is more in life”.

The intensity of this work is situated in the contradicted, layered symbolism of a female figure, elevated in the way she is depicted, but could also be seen as a suppressed symbol, a cultural stamp in a form of a blanket that could be either comforting or suffocating. In conclusion, the artist stated that she is inspired by stories of women around her and likens the women in her narratives to flowers slowly blossoming against all odds, subtly criticising traditional gender roles, while at the same time encouraging women to realise their own strength.

The brave Thandiwe Msebenzi is an artist and activist and is fearless when voicing her opinions about sexual harassment, rape culture, and gender violence. She utilises photography as medium and courageously talks about her personal experiences of gender violation.

The title of her artwork, Asimboniamakwhwenkweni IV, is inspired by a Xhosa childhood song that was sang mockingly by young children to other children who were caught playing games that are not ‘typical’ for their specific gender. In many cultures, there are clear distinctions between ‘girl’ and ‘boy’ appropriate games. When this song is sung, it is a clear indication that you did ‘wrong’ and that you are breaking the boundaries of the expected societal ‘norm’. Boys, who play ‘girl’ like games, would be considered ‘soft’ and be teased.

Asimboniamakwhwenkweni IV is an artwork that strikingly addresses concepts about spaces/places, and the act of play (as the figure in the photograph plays the traditional skipping game) but a loss of spectatorship or participants in this game. The only spectator of the skipping game is the viewer of the artwork.

The figure appears gender-less yet surreal and provokes the uncomfortable feeling of being stared at. An interesting aspect of the work is that the figure is playing a traditional African skipping game. But the rules of this game are intentionally adapted within the context/concept of the photograph. Firstly, it is played indoors (which is not common practice within the cultural context of the game, as it is believed to be bad luck to play such a game indoors) and secondly, has only one participant. Three empty chairs take on the role of the other participants. The artist confirmed that “this particular photograph portrays a young, heterosexual boy who is labelled as ‘soft’ and naturally enjoyed games girls played”. Could this be why there are no other participants in his private game? No one to see or mock him? The artist stated that “in navigating his ‘softness’ as a heterosexual boy, he daily receives negative criticism from his community and friends. Songs like AsimboniAmakhwenkweniare part of his daily life”.

Msebenzi questions notions of the gender binary or the classification of gender into two distinct, opposite, and disconnected forms of masculine and feminine, whether by a social system or cultural belief.  Asimboniamakwhwenkweni IV is a layered artwork, packed with meaning and symbolism. The foremost striking element of this work is located in the element of isolation where this young man finds himself in.  He is facing loneliness as a result of his ‘difference’ that society has imprinted on him.

Nomusa  Mtshali questions and unravels thorny, essential debates surrounding gender fluidity, politics, preconceptions and perceptions that are projected on a black female once declared as homosexual, queer, bisexual which leads to being labelled ‘different’ or being othered. Her genre is intrinsically personal, as she states “My quest for belonging and success has brought me against the full force of conservative ideology in South African society. As a queer person of colour, I have found it difficult to feel represented by any single demographic. With my art, I try to quietly and persuasively challenge narrowly-defined concepts like gender and race – with the understanding that no-one fits these boxes perfectly”.

Mtshali’s work, Inkosi, is a striking portrait of a female figure with a strong resemblance to the iconic artist Zanele Muholi, a visual activist and photographer. Muholi’s genre focuses mainly on race, gender and sexuality looking at black lesbian, gay, transgender, and intersex individuals. The title, Inkosi, is both appropriate and ambiguous. Appropriate as it means ‘superior’ or ‘leader’ (Zanele Muholi is, without doubt, a pioneering leader of female activists that openly talks about gender equality and LGQTB politics) but at the same time is the Zulu term Inkosi more likely to be linked to a male leader or king. Mtshali stated that “Inkosi” is an isiZulu word for the “King”. The king is the person who is responsible for the common good of a group of people/society. The king is also a protector as well as a provider.  This work celebrates taking a stand and acquiring responsibility for yourself, your family as well as your society. This artwork is inspired by the nurturing that exists in my family”. She further confirmed that “Inkosi” in isiZulu also means “inhloko”, “the head” the one who oversees the operations and governing of society, the family or a large number of people. This piece also touches a lot on gender and celebration of humanity and celebrating the woman/ womxn [1] who are Izinkosi in their own right.

Mtshali portrayed her Inkosiwith her eyes closed, in a trancelike state. Her attire is seemingly traditional; dressed in mostly black and her head carries a crown of feathers. Native American dream catchers round off the attire mostly on her shoulders like a military shoulder belt echoing the trancelike states of the woman as dream catchers are known to neutralise the bad energy around one while being asleep. Mtshali confirmed that she uses it metaphorically to “put emphasis on a protector of dreams and ideas”.

Anon., “Dictionary.com” (available at https://www.dictionary.com/browse/womxn as accessed on 27 February 2020)

Anon., “Ebony curated” (available at https://ebonycurated.com/ebony-artist/kimathi-mafafo-1984/, as accessed on 10 February 2020).

[1]The term womxn is used, especially in intersectional feminism, as an alternative spelling to avoid the suggestion of sexism perceived in the sequences m-a-n and m-e-n, and to be inclusive of transgender and nonbinary women.The demonstrators demanded equal treatment for womxn and men alike. 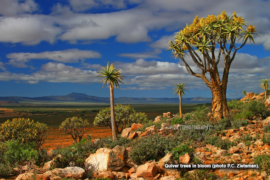 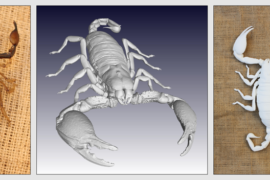 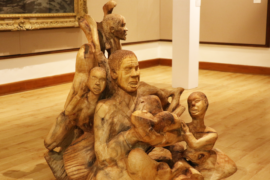