The National Museum, Bloemfontein today unveiled the complete skull and skeleton of Tapinocaninus, which was a 3-metre long dinocephalian, an ancient ancestor of mammals.

The specimen is the most complete dinocephalian yet discovered and has been beautifully prepared by the University of the Witwatersrand. The fossil was loaned to the University as several blocks of rocks 29 years ago. It has now been returned to the National Museum as a fully prepared specimen, which will soon be placed on exhibit. A month ago, Bruce Rubidge, Romalo Govender and Marco Romano published the full skeletal description of Tapinocaninus in the Journal of Systematic Palaeontology.

In 1985 the legendary fossil collector and chief technician in palaeontology, John Nyaphuli, from the National Museum discovered the skulls and skeletons of two dinocephalian therapsids, near Prince Albert in the Karoo. These three metre long animals were not only the earliest therapsids to have lived on land in Africa, but were also the largest land-living animals of the Middle Permian Period. 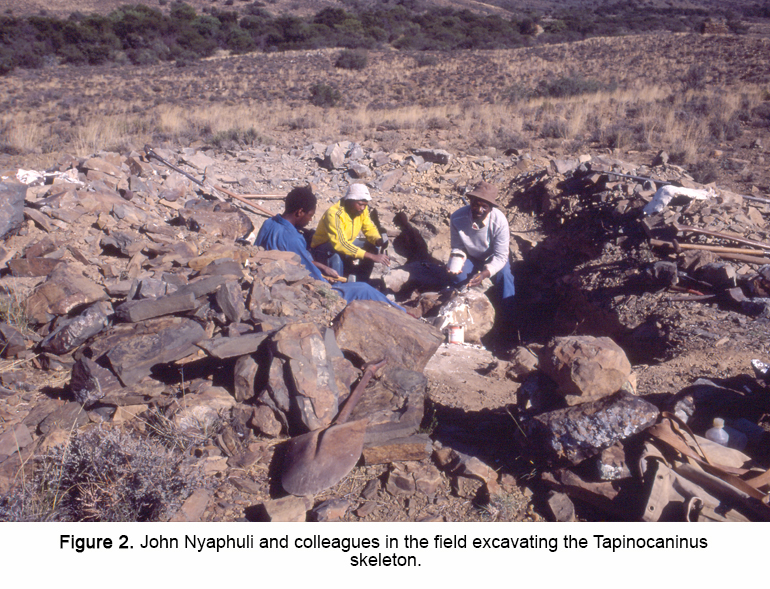 The discovery of a new primitive therapsid fauna from South Africa by Rubidge and Nyaphuli led to the realization that many of the therapsid groups had their origins in southern Africa and not in Asia as previously thought. This project has led to the discovery of at least eight new primitive therapsid species in addition to many other specimens, most of which were discovered by John Nyaphuli. Many of these species have been named after him and include Australosyodon nyaphuli, Patranomodon nyaphuli, Tapinocaninus pamelae, Anomocephalus africanus, Langbergia modisei and Eodicynodon oelofseni. 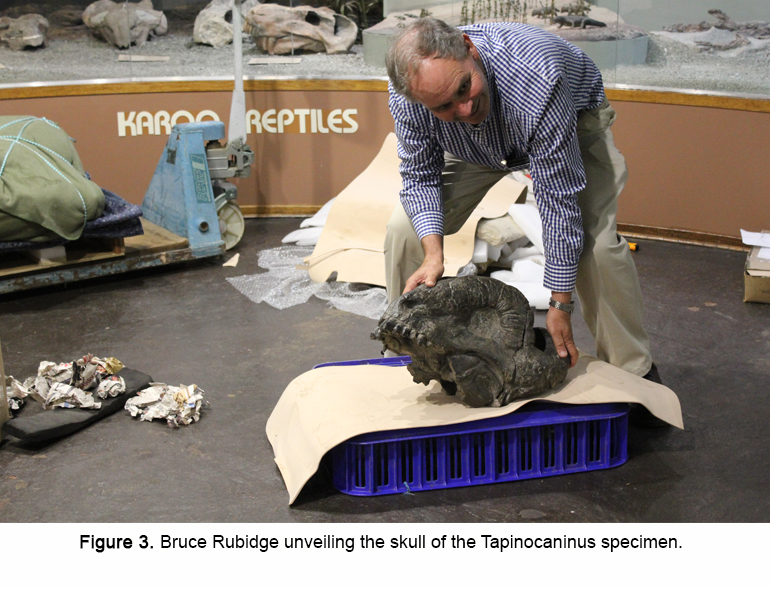 The rocks of the South African Karoo Supergroup are internationally acclaimed for their wealth of fossils from the Permian, Triassic and Jurassic periods and include the distant ancestors of dinosaurs, tortoises and mammals. In particular, the Karoo it is renowned for its large number of fossil therapsids, which chronicle the evolution of mammals from reptile-like ancestors.

Therapsids, which are the distant ancestors of mammals, are extinct vertebrate animals. One of the most impressive groups of therapsids were the dinocephalians (terrible heads), which included both flesh- and plant eating forms, but are particularly noted for being the first large animals to have lived on land and were the size of a large rhinoceros. They are known from Russia, China, Brazil, Zimbabwe, Zambia and Tanzania, but by far the best and most species-rich record is from South Africa where they comprised an important component of the Middle Permian biodiversity on land more than 260 million years ago.

For more than four decades palaeontologist Bruce Rubidge, currently Director of the DST/NRF Centre of Excellence for Palaeosciences of the University of the Witwatersrand in Johannesburg, and his team of scientists have been researching biodiversity change during the Middle Permian Period. They have been trying to explain why 80% of the Middle Permian species suddenly went extinct 260 million years ago in a massive extinction event. This exciting project, which has now expanded to include a large team of scientists and students from South Africa and overseas countries, was spawned at the National Museum in Bloemfontein where Rubidge was employed from 1980-1990.

The search for therapsid ancestors

In the 1980s Rubidge was assisted by John Nyaphuli, chief technician in the Karoo Palaeontology Department, who accompanied him on all his fossil exploration field trips to the Karoo and together they discovered a totally new fauna of therapsids, which was older and more primitive than any other yet discovered in Africa. By far the most impressive of these new animals in terms of size was a new genus of a 3-metre long dinocephalian, which they called Tapinocaninus. 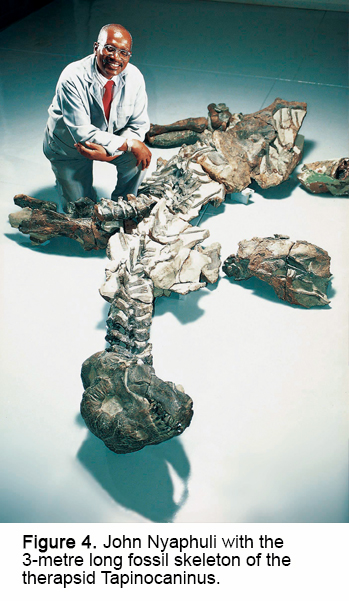 In 1985 John Nyaphuli discovered an unimpressive looking 15 cm long lichen-covered mass of fossil bone protruding from a rock outcrop on a farm near Prince Albert. After a day of excavating it was apparent that many bones extended deep into the rock. Excavation in the field continued intermittently for the next 5 years to eventually reveal the intertwined skulls and skeletons of two individuals lying side-by-side. At this stage very little was visible as the bones were deeply encased in rock.

When Rubidge left the employ of the National Museum to take up the directorship of the Bernard Price Institute for Palaeontology at the University of the Witwatersrand in 1990, he took the specimen on loan. The Wits technicians continued with preparation for a further two decades to fully expose the remarkably complete skull and skeleton of Tapinocaninus as the most complete dinocephalian yet discovered.

Romalo Govender, described the skeleton for her Masters degree at University of the Witwatersrand before later going on to complete her doctorate and is now head of the Cenozoic Palaeontology Department at Iziko Museum in Cape Town. A month ago Bruce Rubidge, Romalo Govender and Marco Romano published the full skeletal description of Tapinocaninus in the Journal of Systematic Palaeontology.

Now, 29 years after Tapinocaninus was taken on loan to Wits University as several blocks of rock it has been returned to the National Museum as a beautifully prepared specimen which will soon be put on exhibit. 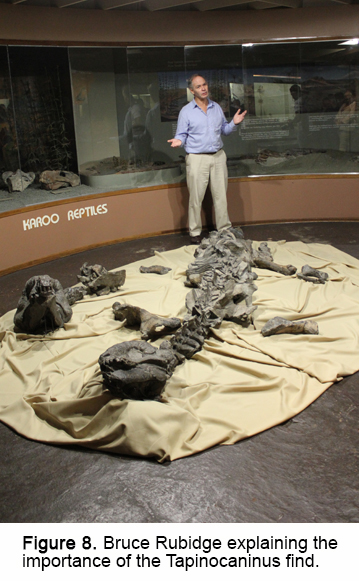 The man who made this remarkable discovery was John Nyaphuli who worked at the National Museum for 46 years until his retirement in 2018. He was born in 1933 on the farm Rohallion in the Wepener District and after a primary school education he moved to Bloemfontein to seek employment. He initially worked at Tempe Military Base, later at the University of the Free State and in 1973 was appointed as a fossil preparator in the Karoo Palaeontology Department at the National Museum.

In the early 1980s, when the National Museum started working on the fossils from the lowermost Beaufort, John mastered the painstaking processes of acid preparation to expose the fossils he and Rubidge had discovered. 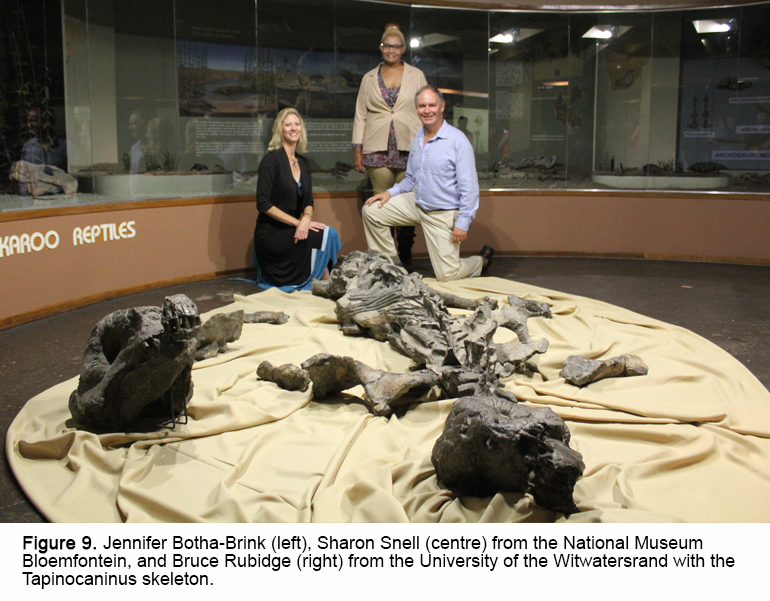 National Museum, CEO, Sharon Snell said that it is important to recognize the contribution that John made to the field of palaeontology. His greatest contribution to Karoo palaeontology has been in fieldwork and the resulting fossil discoveries. His first experience was on a trip to the Fouriesburg District with palaeontologist Jacques van Heerden where they met up with the legendary palaeontologists James Kiching and Jim Hopson to collect fossils in the Elliot Formation in the eastern Free State Province. John soon recognized the extraordinary ability of James Kitching to find fossils, and spent the rest of the excursion closely observing the illusive clues, which led Kitching to finding fossils. 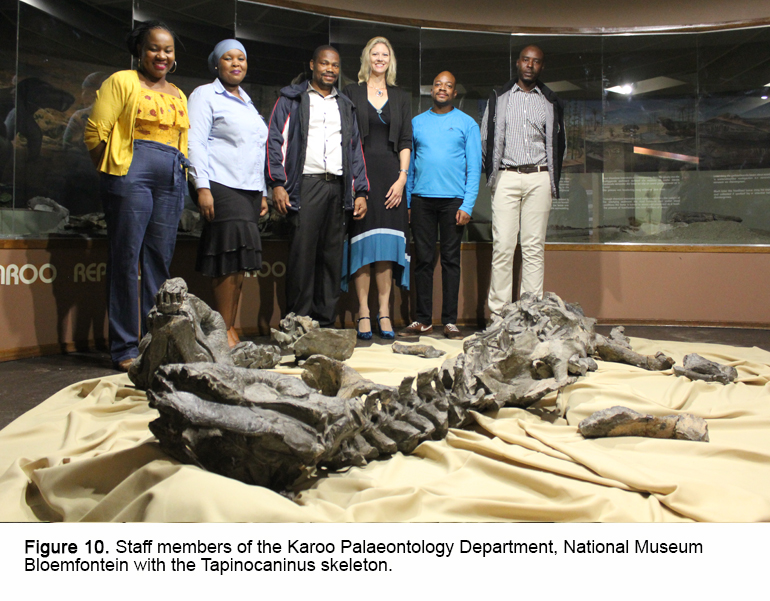 John Nyaphuli has made a remarkable contribution to South African Palaeontology in fieldwork and fossil preparation. In recognition for his excellent work John has received several honours: 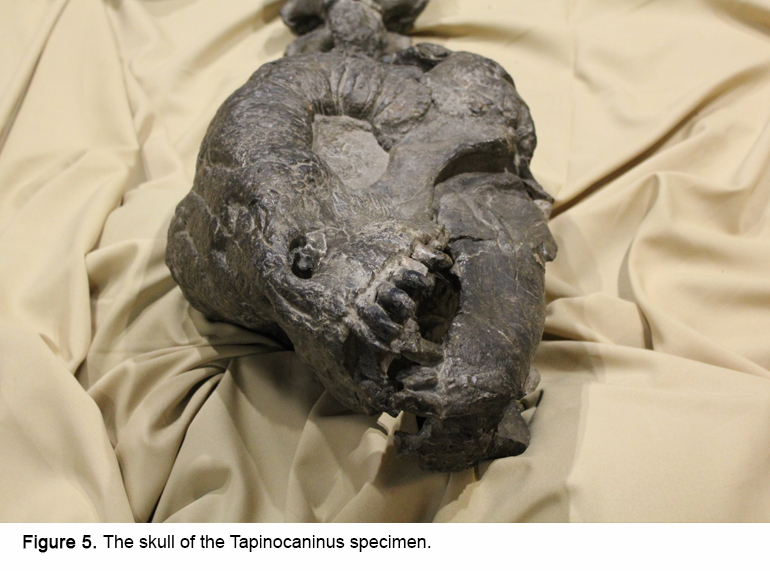 2004 – Honorary Life Member of the Palaeontological Society of Southern Africa, the highest honour of this society;

2011 – Morris F. Skinner Award of the Society of Vertebrate Paleontology in the USA for outstanding and sustained contributions to scientific knowledge through the making of important collections of fossil vertebrates and to those who encourage, train or teach others towards the same pursuits. 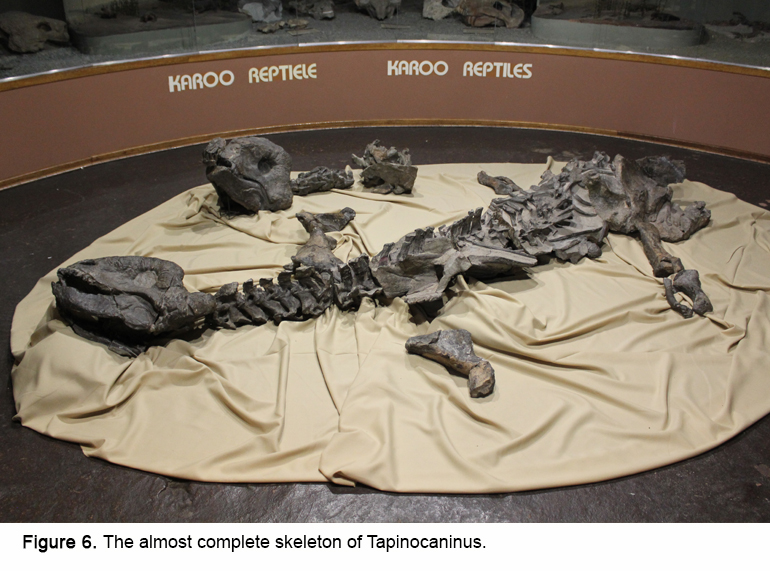 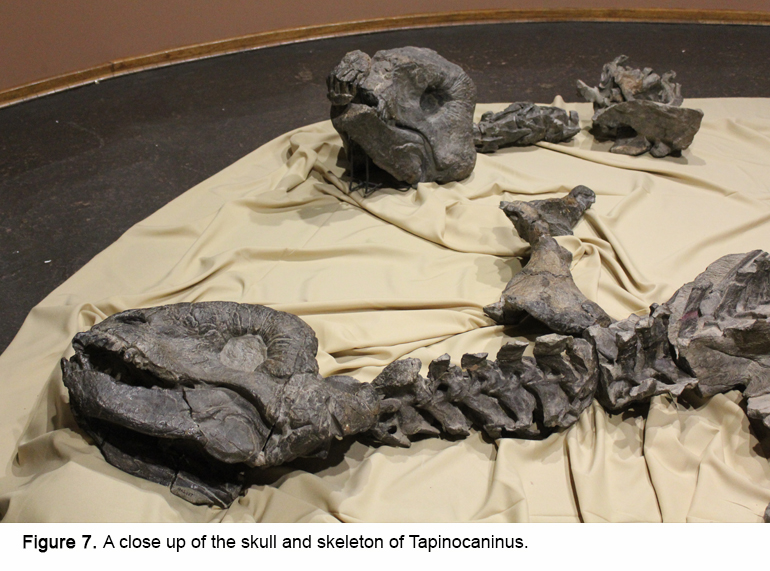 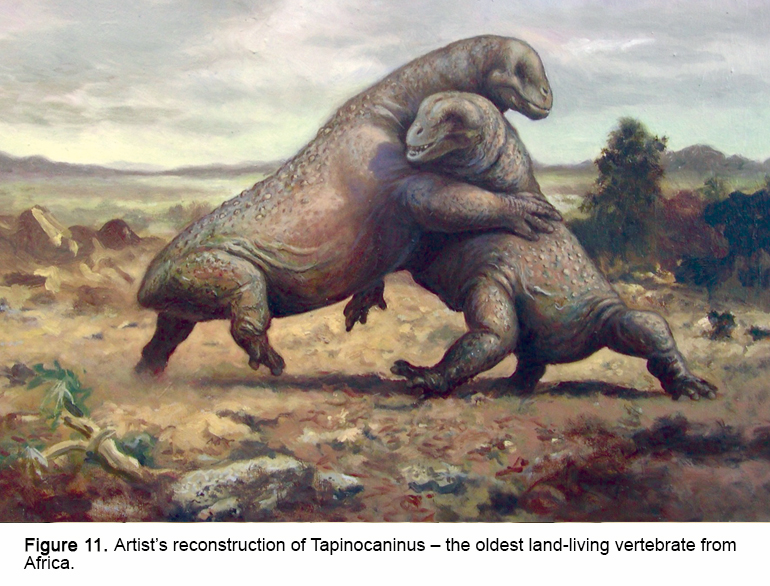