This fieldwork project is a collaborative effort including Dr. Michael Toffolo, Junior Research Chair at the Research Institute on Archaeological Materials at Université Bordeaux Montaigne, France; Dr. Britt Bousman, Professor at the Department of Anthropology at Texas State University, USA;  Dr. Christopher Miller, Professor at the Institute for Archaeological Science at University of Tübingen Dr. Lloyd Rossouw, Head of the Florisbad Quaternary Research Department at the National Museum in Bloemfontein, South Africa, Dr Bridget Cohen palaeontologist in the Florisbad Quaternary Research Department and Dr. Daryl Codron Department of  Zoology and Entomology at the University of the Free State, South Africa. 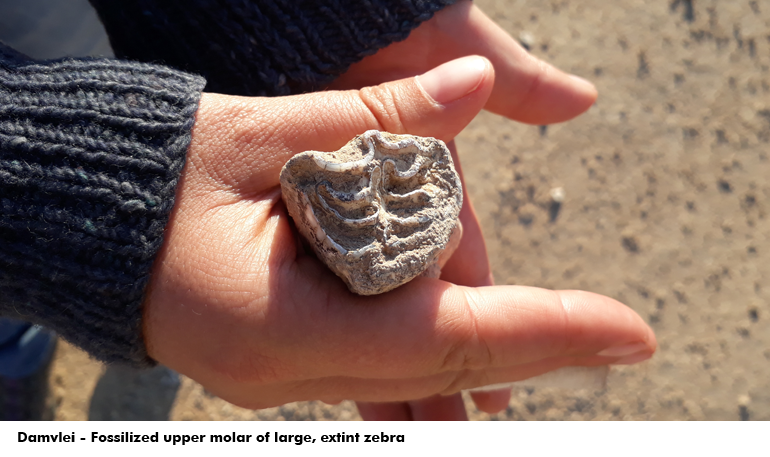 The main objective of the research project is to investigate how changing paleoenvironments in the central interior of South Africa during the MSA and LSA influenced the behavioral evolution of modern humans and in particular their foraging strategies. In order to achieve this goal, a micro-geoarchaeological approach will be applied, including micromorphology, optically stimulated luminescence dating, radiocarbon dating, infrared spectrometry, X-ray diffraction, phytolith analysis and stable isotopes measurements to establish the formation processes and absolute chronology of Lovedale and Damvlei. 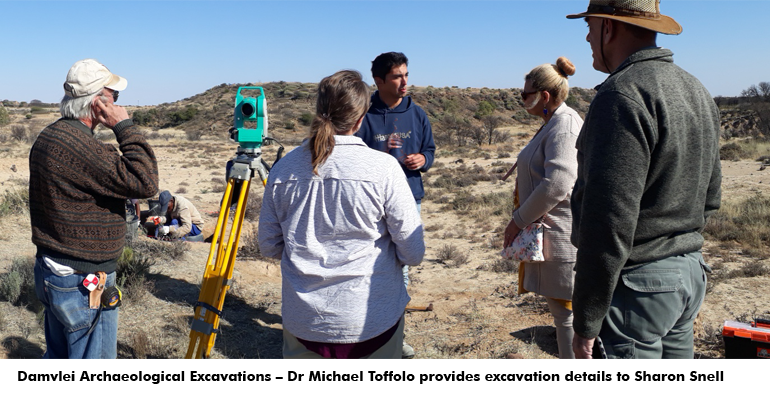 Then, the paleoenvironmental data will be integrated with data from artifact and faunal analysis to create a model of landscape formation for the segment of the Modder River where Damvlei and Lovedale are located. This paleo-landscape will be studied within a greater perspective together with Erfkroon, Florisbad and other MSA and LSA sites in the Free State. 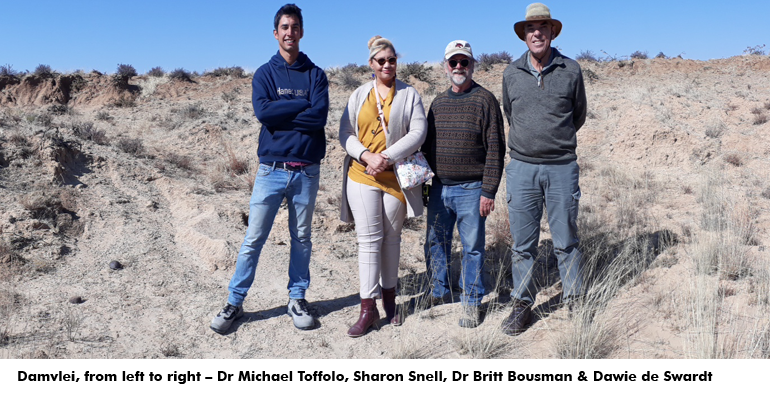 Toffolo has been working at Florisbad and Cornelia-Uitzoek since 2014, and has significant experience acquired over 15 years of fieldwork in Italy, Israel, Greece and Cyprus. Bousman has been working with James Brink since 1987 and both have directed numerous archaeological excavations in South Africa. Miller has extensive experience at cave sites such as Diepkloof and Sibudu in South Africa, and several other sites in North America and Europe. 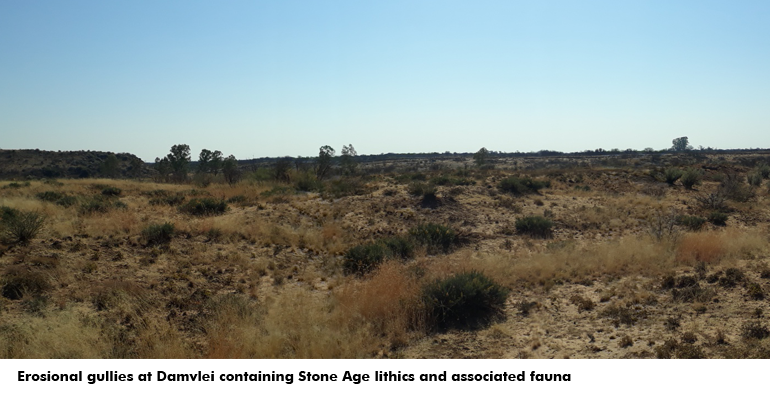 Rossouw participated in multiple field surveys and excavations in the south-western Cape, the central interior, as well as at the Florisian and Cornelian Land Mammal Type sites at Florisbad and Cornelia-Uitzoek in the Free State and is an expert in phytolith analysis. Cohen participated in multiple excavations in the Cradle of Humankind and Langebaanweg and is an expert in taphonomy. Codron has extensive experience in collection of faunal material and stable isotopes analysis. Postdoctoral fellow, Dr. Kristen Wroth, will carry out laboratory analyses in Germany.