If you want to build a prosperous and peaceful country, especially in a post-conflict and diverse society like South Africa, it is essential to strive for unity and reconciliation. The constitution of South Africa encourages all South Africans, irrespective of race or creed, to strive for mutual respect, social cohesion and reconciliation. This includes respect for each other’s identity, our diversity, and our shared heritage. The Preamble of our Constitution states:

We, the people of South Africa,
Recognise the injustices of our past;
Honour those who suffered for justice and freedom in our land;
Respect those who have worked to build and develop our country; and
Believe that South Africa belongs to all who live in it, united in our diversity.
We therefore … adopt this Constitution as the supreme law of the Republic so as to
Heal the divisions of the past and establish a society based on democratic values, social justice, and fundamental human rights; … and
Build a united and democratic South Africa able to take its rightful place as a sovereign state in the family of nations.

The preamble of the National Heritage Resources Act (NHRA) no. 25 of 1999 states:

This legislation aims to promote good management of the national estate, and to enable and encourage communities to nurture and conserve their legacy so that it may be bequeathed to future generations. Our heritage is unique and precious and cannot be renewed. It helps us to define our cultural identity and therefore lies at the heart of our spiritual well-being and has the power to build our nation. It has the potential to affirm our diverse cultures and in so doing shape our national character.

Our heritage celebrates our achievements and contributes to redressing past inequities. It educates, it deepens our understanding of society and encourages us to empathise with the experience of others…

With the recent extensive media coverage of the President Steyn statue at the main campus of the University of the Free State (UFS) and the controversial plans to remove the statue, it is necessary to look at who Steyn was, and why his statue was erected in such a prominent place on campus, in front of the Main building.

Marthinus Theunis Steyn was born in 1857 on the farm Rietfontein, near Winburg in the then Orange Free State. After completing his school education at Bloemfontein’s Grey College, he qualified as a lawyer. In 1889 he was appointed as state attorney of the republic of the Orange Free State (OFS). Four years later he became the first puisne judge of the High Court of the OFS. In 1896 Steyn was elected as what turned out to be the last President of the Republic of the Orange Free State and was the only president born in the OFS. When the British Empire tried to extend its rule over the adjacent independent Boer republic of the Transvaal (the Zuid-Afrikaansche Republiek or ZAR), Steyn tried to mediate the situation until the very end to avoid war between Britain and the ZAR. Despite his best efforts, the Anglo Boer War broke out in 1899 and President Steyn decided to aid his sister republic against British colonial domination.

While the Orange Free State was under British occupation (since March 1900), Steyn ran his government from the field, playing a key role in continuing Boer resistance and the coordination of guerilla warfare that characterized the Boer war efforts from 1900 onwards. MT Steyn had fought gallantly for freedom against colonial oppression, but his constant exertions in the field severely damaged his health. Suffering from myasthenia gravis and lameness, Steyn went to Europe for treatment after the war in June 1902. Although his health was not fully restored, he returned to South Africa in the autumn of 1904 and during 1908-1909 he was vice-president of the National Convention, the constitutional convention which resulted in the establishment of the Union of South Africa in 1910.

Steyn also played a very important role in promoting higher education for the youth of the Orange Free State. During his inauguration speech in 1896, President Steyn stated that his vision for the city of Bloemfontein was a university where youth from all over the country could come and study. This ideal of Steyn was interrupted by the Anglo Boer War, but after the war, the University of the Free State was established as an institute of higher learning in 1904. In honour of the fact that Steyn had worked diligently for a Free State University before the Anglo Boer War, the Afrikaner Studentebond collected funds to erect a statue of Steyn at the UFS. To honour Steyn as the father of the university, the statue was erected in front of the main building of the institution and unveiled in 1929.

The Anglo Boer War and the great loss in women and children was a driving force behind the establishment of the Oranje Girls High School in Bloemfontein, also initiated by Steyn. The school opened its doors in 1907. Furthermore, the National Women’s Monument, the first monument in the world dedicated to women and children, was unveiled in 1913 and was initiated by the ideals of Steyn and the family’s friend, Emily Hobhouse. Steyn died of a heart attack in 1916, at the relatively young age of 59, and was buried at the foot of the Women’s Monument in Bloemfontein.

The location or place where a statue or monument stands is also very important. Because President Steyn embodies the ideal of the establishment of a Free State university ‒ a goal he promoted diligently –- its prominent location in front of the main building of the university is of the utmost importance. He is the father of a dream that was realized with the establishment of the university. The location where the statue stands is thus part of its identity and symbolic of the heritage he left the descendants of all races and cultural groups in South Africa.

You can remove a statue, but you cannot erase the history and memory of a nation. Although some memories can be painful, history is not a record of uncontroversial events only – and neither should the heritage landscape be. The Heritage Impact Study that was commissioned by the UFS also includes the public participation process which makes it clear that the majority of participants were in favour of the retention of the statue on the campus. The question remains: Should the Steyn statue be removed from the campus of the UFS? Will its removal promote social cohesion, reconciliation, mutual respect, and tolerance, or will it instigate racial conflict and increase polarization on the campus and in the country? This matter will be a watershed case regarding the status of monuments and statues across the country, as whatever happens in this case, will create a precedent and have a far-reaching influence on the heritage landscape of the entire country.

The Constitution of the republic of South Africa, 1996,http://www.justice.gov.za/legislation/constitution/SAConstitution-web-eng.pdf(Accessed 24/05/2019). 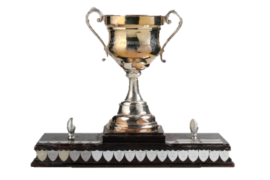 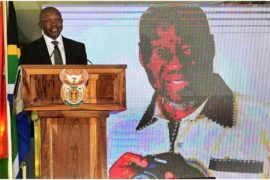 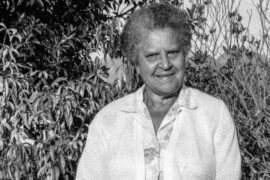 “Of bread, freedom and preventing ‘food pandemics’” – Oscar Mpetha and Liz Abrahams and the early struggle of South African food and canning workers