Charlotte Maxeke (née Manye) was a leader in the African Methodist Episcopal Church, a social and political activist and the first black South African woman to graduate with a university degree: a BSc from Wilberforce University, Ohio, USA in 1901. She gave hope to the dejected and her life was an inspiration to all. She was a wife, mother, educationist, religious leader, social welfare worker, political activist and benefactor of humanity.

According to her sister, Katy, Charlotte was born on 7 April 1872. Her mother was a teacher and her father a foreman on the road worker teams. There is confusion about Charlotte’s birthdate, as well as her birthplace. Many sources cite Charlotte Maxeke’s birth place as Fort Beaufort in the Eastern Cape, but other sources claim that she was born in the Polokwane area. According to SA History On Line, she was born in the Polokwane area where her parents lived, but moved to the Eastern Cape at a young age.

Charlotte attended primary school in Uitenhage and high school in Port Elizabeth. She planned to be a teacher. As dedicated churchgoers, Charlotte and her sister Katy joined the African Jubilee Choir in 1891, and toured Britain for two years. Their performance of English and African songs was so successful the choir even performed for Queen Victoria, allegedly in Victorian costume. The two sisters learned to speak English fluently with a British accent and during this time Charlotte apparently attended suffragette speeches by women such as Emmeline Pankhurst. 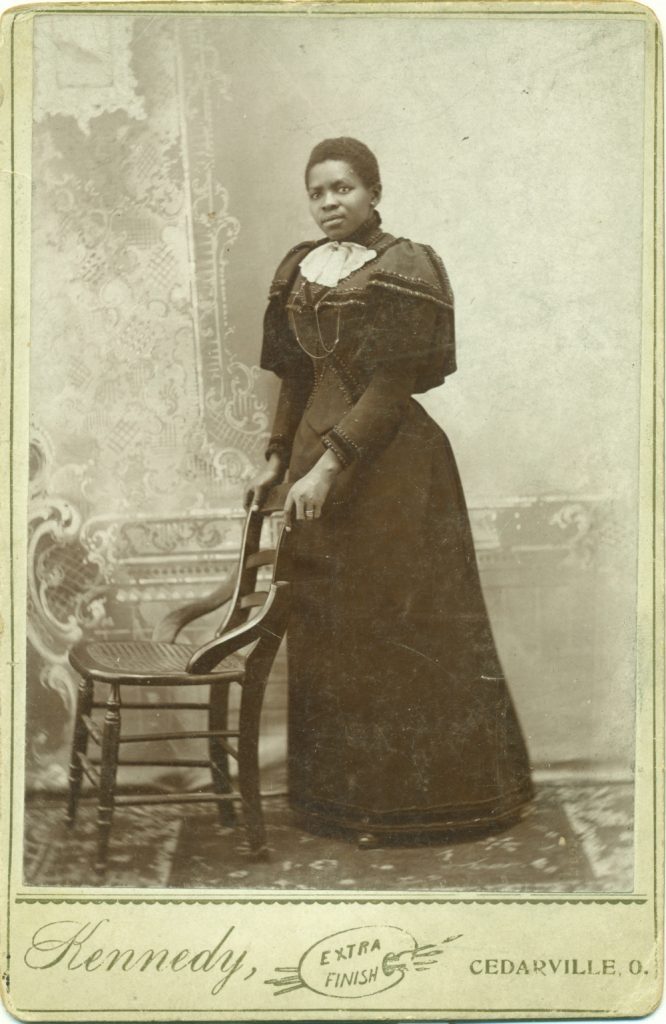 After returning home Charlotte travelled to America to tour the USA with the McAdoo singers. While in the USA she met Bishop Benjamin Derrick of the African Methodist Episcopal Church (AMEC), who arranged for her to study at the Wilberforce University in Cleveland, Ohio. At this University she met Marshall Maxeke, who came to the university in 1896. They were engaged when they both returned to South Africa in 1901. Charlotte became one of the pioneers of the South African AMEC. She served on the missionary committee and was invited to give talks on missionary work at the AMEC conferences. She was also elected president of the Women’s Missionary Society.

In 1903 Charlotte Manye married Marshall Maxeke. They worked together as missionaries for the AMEC, first in Pietersburg (today Polokwane) and then in Idutywa in the Eastern Cape. Education became a priority for the Maxekes and in 1908 they established the Wilberforce Institute for AMEC at Evaton in the Transvaal. Charlotte was a founder member and president of the Bantu Women’s League.  Through the league, she worked for the relaxation of the Free State pass laws. When the Maxekes moved to Johannesburg Charlotte’s concerns centered on the church. She involved herself in social action and started an employment bureau.

She was appointed as a parole officer for juvenile delinquents, the first black woman to hold such a post. Her work at the courts brought her into contact with the effects of the break-down of family life and the problems caused by the migrant labour system. Charlotte was also involved in multiracial movements. She addressed the Women’s Reform Club in Pretoria, which was an organisation for the voting rights of women, and joined the Joint Council of Europeans and Bantus. Through this she hoped to foster a better understanding of the problems facing urban Africans.

As an early opponent of passes for black women, Charlotte was politically active throughout her adult life. Both she and her husband attended the launch of the South African Native National Congress (SANNC), the forerunner of the ANC in Bloemfontein in 1912, and although her main concerns were church-linked social issues, Charlotte also wrote to newspapers about the social and political situation occupied by women. She helped organise the anti-pass movement in Bloemfontein in 1913 and founded the Bantu Women’s League of the SANNC, forerunner of the ANC Women’s League, in 1918. As leader of this organisation, she led a delegation to Prime Minister Louis Botha to discuss the issue of passes for women. This was followed up by a protest the following year. She was also involved in protests on the Witwatersrand about low wages and participated in the formation of the Industrial and Commercial Worker’s Union (ICU) in 1920.

In 1928 Charlotte was sent to the USA as a delegate to the AMEC Conference and became increasingly concerned about the welfare of Africans. During the 1930s she continued to address meetings such as the 1935 All African Convention at Bloemfontein, where she played a leading role in the establishment of the National Council of African Women. Busy to the end, she died four years later in Johannesburg. She is often honoured as the ‘Mother of Black Freedom in South Africa’. During Women’s Month we celebrate the courage and strength of Charlotte Maxeke, and all the women who came before her, and who will come after. The memory of Charlotte is honoured by way of the Charlotte Maxeke Johannesburg Academic Hospital, and the renaming of Beatrice Street in Durban. The main street of Bloemfontein, Maitland Street, was also recently renamed Charlotte Maxeke Street in her honour.