The West Coast Fossil Park, established in 1998, is home to a very special fossil locality, Langebaanweg. Langebaanweg is dated as 5 million years old and is the only site in South Africa to produce animal remains of this age. The site is world famous for the incredible diversity and density of fossils found at the site. Over 200 species have been identified at Langebaanweg, the majority of them now extinct and since palaeontological excavations first began in the 1950s it is estimated that over 1 million fossils have been collected and are curated in the collections of the Iziko Museum (formerly the South African Museum) in Cape Town. Langebaanweg is located on the west coast of South Africa, about 120 Km north of Cape Town and 15 Km inland from the coastal town of Langebaan, on the Saldanha Peninsula.

Langebaanweg is most famous for its exceptional carnivore assemblage which includes the first bear, living or fossil, ever to be discovered in Africa, Agriotherium africanum. This species has since been found in other older sites of north Africa and it is still unclear today why bears became extinct in Africa 5 million years ago. Another exceptional carnivore from the site is the wolverine (no – it’s nothing like X-men!), Plesiogulo monspessulanus.These fierce carnivores are now restricted to the Arctic and sub-arctic regions of Europe and North America. Langebaanweg, at the same time the bear and wolverine were prowling the land, also hosted numerous sabre-toothed cats and hyenas all living in close proximity to each other. Other incredible mammal finds from the site include a giant pig, Nyanzachoerus – who’s skull is larger than the bear’s, and Sivatherium hendeyi, the long-horned and short-necked relatives of the modern giraffe. These animals, which stood over 2 meters at the shoulder, are found in huge numbers: the remains of over 500 individual sivatheres have so far been discovered. The site even hosted megafauna like rhino and three extinct relatives of the elephant. The site also contains one of the richest fossil bird assemblages anywhere in the world as well as numerous marine and freshwater animals. The site is believed to have been an estuary, during a time of higher sea levels, where a large river was opening into the sea.

The West Coast Fossil Park is open to the public, and visitors can see an open excavation of a high- density bonebed, first discovered in the 1990s, that contains thousands of fossils jam-packed into an area less than 80m2. This bonebed contains a strange mixture of animals with the remains of semi-complete sivathere skeletons mixed with whale and seal bones, birds, fish, all manner of terrestrial mammals and even tiny frog bones. The origins of this bonebed remain contentious with many researchers. Despite the decades of research that have been going on at Langebaanweg, there remain many unanswered questions about the site, regarding the environment, the density of animal remains and the causes of preservation of those remains.

Dr Brigette Cohen, who was appointed a Senior Museum Scientist to the Florisbad Quaternary Research Station (FQRS) in 2019, studied Langebaanweg as part of her PhD (completed in 2017). She is leading ongoing research and excavations into the site, under the auspices of a three-year grant from the National Research Foundation, in collaboration with a team of international experts. In November of 2019 Dr Cohen and the team from FQRS undertook excavations at the site into a new locality, believe to be part of a marsh bed. These excavations recovered a large number of bones including many, many tortoise remains, mammals, birds and vast numbers of very tiny frogs’ and mice bones, that will be studied by various experts. For more about Dr Cohen’s research and the activities of the FRQS, follow her on Instagram (cohenbrigette). 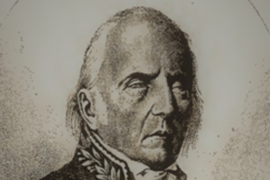 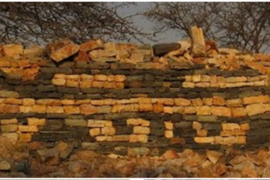 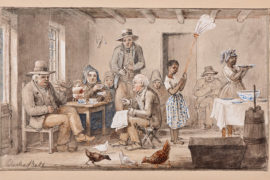