The late nineteenth century ‘witnessed an unprecedented explosion in the creation and expansion of the number of natural history museums’ all over the world. These institutions were mostly located in the metropolitan centers and main cities of Europe and North America.  It also found a place in other parts of the world including in the former Republic of the Orange Free State. 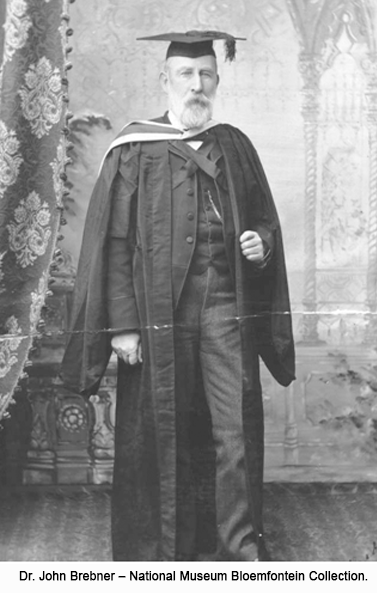 These events were closely connected with the diffusion of Western science “through military conquest, colonization, imperial influence, commercial and political relations, and missionary activity”. Soldiers, colonial administrators, traders and missionaries as a result became the prime agents of diffusion and as a result, spread the scientific heritage of Europe and the America’s throughout the world.

Amongst the residents of the Republic of the Orange Free State were a growing number of people in need of intellectual diversions such as Dr. John Brebner (photograph attached), educationist and Superintendent of Education. Brebner and others organised a series of ‘Winter Evening Entertainments’ attractive to their intellectual circle from 1875 onwards. By 1877, these gatherings and its regular members formed the basis for the establishment of a formal organisation, namely theBloemfontein Literary and Scientific Society (BLSS).

In addition to publishing its own monthly magazine, The O.F.S. Monthly Magazine,the BLSS hosted regular lectures, musical performances and debates  which in a different context were described as ‘socially- sanctioned activities that provided the perfect mixture of education and amusement’.

The presence of scientific societies together with universities, historically served as important drivers for the establishment of museums. The Orange Free State, still decades away from establishing its own university, however, possessed a proper  library and reading room and collectively provided the local ‘intellectual community’ with an opportunity to ‘pass away… spare time intellectually in common and elevating conversation’. Its activities further mirrored those of other similar societies such as South African Literary and Scientific Institution (1832) in Cape Town, the Grahamstown Literary, Scientific and Medical Society (established in 1855), the Worcester Literary and Scientific Society(established in c.1870) and the Transvaal Literary and Scientific Society (established in 1874). 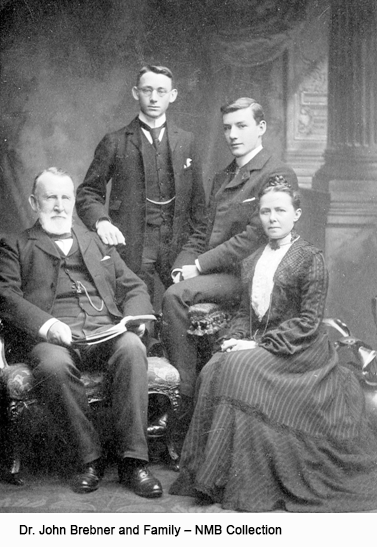 Justice James Buchanan, one of the founding membersof the BLSS was alsoa founding member of the earlier Transvaal Science & Literary Society during his tenure as State Attorney of the South African Republic / Zuid Africhaanse Republiek. He also played a role in establishing similar institutions in a number of other Free State towns over the course of the late 19th century.

This combination of factors as well as the young nation’s cultural awakening and aim to establish its own scientific identity, played a direct role in the decision to establish the National Museum on 20 July 1877. Said one of its founder members, Bishop Webb:

“We did not inherit any great past; our noble mission was to create a future”.

Sheets-Pyenson, Susan. “Cathedrals of science: the development of colonial natural history museums during the late nineteenth century.” History of Science 25, no. 3 (1987): 279