Prophetess Anna Mantsopa Makhetha was born in 1795 at a place called Likotsi or Ramakhetheng near present day Maseru. She is the daughter of Nkopane, elder brother of Makhetha, and Sesilane. The name she was given at birth is Koena-li-fule, which means “the crocodiles are feeding/ crocodile feed”.  When she was young she witnessed the horrors of famine caused by the Difaqane, which forced many people to turn to cannibalism and sadly this is how she lost her father. She was also taken captive for 6 months by an Nguni group called Amankowane (or Mankoane), who swept down the country in pursuit of Pakalitha and his AmaHlubi. Fortunately, she managed to escape when some of her relatives came into the area trading animal skins for mealies.

Mantsopa was supposed to marry her cousin Lekote (son of her father’s elder brother, Makhetha), but he died shortly after the dowry cattle were handed over. She, therefore, got married to his brother, Selatile, who already had five wives and bore four children (three daughters and one son namely; Ntsopa, Motsielehi, Ts’iu and Sesilane). As is customary in the Basotho culture for a mother to change her name after the birth of her first child by adding the prefix “Ma or Mma” to the name of the first child, she became MaNtsopa. It is believed that she inherited her healing, rainmaking, divining and prophesying powers from her uncle Mohlomi, who had trained a young and ambitious Moshoeshoe before becoming his political advisor.

In 1851 Mantsopa prophesied that the Basotho would win a battle against the British troops led by Major Warden. She became renowned as a prophetess, living legend and advisor to Moshoeshoe I when her prophesies about successive wars were fulfilled. Eugene Casalis (French missionary) recalled how, in anticipation of conflict with Major Warden’s forces in 1851, Moshoeshoe was only concerned about whether to await the enemy or to commence the attack thanks to Mantsopa. Over time she prophesised many victories including that over Batlokwa of Sekonyela in 1853 and predicted many events such as the rinderpest epidemic that followed World War I.  However, her role as an advisor to Moshoeshoe ended in 1868 when the British annexed Basutoland (Lesotho). That same year, she was baptised by a French missionary called Theophile Jousse and given the name Anna. Soon after, she moved to Modderpoort (outside Ladybrand in the Free State) and joined Anglican missionaries. Although she had been baptised as a Christian, Mantsopa continued working with herbs and divining. This did not sit well with the missionaries as they regarded what she did as black magic, but she still continued.

Her conversion to Christianity was in itself surprising, because her early encounters with the missionaries were ambivalent. They disagreed on a lot of things such as how she did not believe that she needed the bible to reach God as she already had direct contact with him through her visions.  She also disputed the missionary contention that the road to reach God was narrow, saying that the path in her view was wide to accommodate many people. Nonetheless, she agreed that there was one God, but remained critical of what she perceived as an anti-Basotho notion in their teachings.

She died at the age of 111 and was buried with Christian rites in the Modderpoort cemetery, alongside the Brothers of the Society of St Augustine and the white residents of Modderpoort. Her grave, the cave where she prayed and the freshwater spring (reputedly pointed out to Mantsopa as a source of ‘sacred’ water by her ancestor) are major tourist attractions visited mostly by pilgrims who go there for various reasons (e.g. for prayers, to collect water from the sacred spring or to pay respects to the memory of their prophetess).  The Free State Provincial Heritage Resources Authority declared the grave and cave as provincial heritage sites. 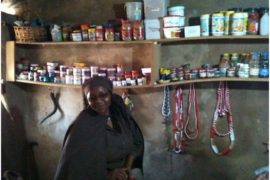 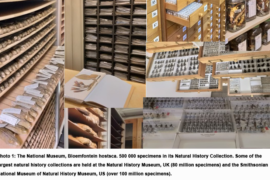 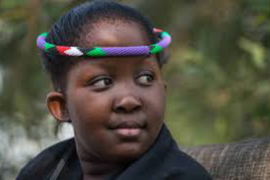